The free motoring extravaganza is a great day out for the whole family and returns to the streets of Ormskirk on Sunday 25 August. More than 10,000 people are expected to come and enjoy the fantastic displays at the event.

Gary Wright, from Burscough, is the leading driver in Class RC2 of the NGK Spark Plugs British Rally Championships Challenge. He may well have been even further ahead but for his MGZR s1400 suffering an oil leak during the RSAC Scottish Rally.

He will be bringing his car to Ormskirk for the MotorFest and will be one of the vehicles taking part in the parade laps around the town which always thrill the huge crowds.

Gary said: “The MotorFest is a fantastic event and could become as big as other major motoring gatherings such as the Cholmondeley Pageant of Power. People are more than welcome to come and take a look at my car and children can sit in the driver’s seat of a real racing car.”

The Ormskirk MotorFest is organised by Aintree Circuit Club and supported by West Lancashire Borough Council.

Then on Sunday 7 July keen drivers tested their skills and reflexes on a specially designed course at the Ormskirk MotorFest Autosolo Car Challenge on the Park Pool Car Park.

At the MotorFest a fantastic range of about 300 cars and motorcycles will be on static displays around the town centre, including on Aughton Street, Moor Street and in Coronation Park. There will be vehicles from all eras of motoring and many will take part in the parade laps.

Other attractions on the day include a Vintage and Handmade Fair in the town centre.

Councillor Martin Forshaw, portfolio holder for planning and development, said: “The Ormskirk MotorFest is the biggest annual event in Ormskirk and is a fantastic free event for all the family. Even if you are not a huge fan of cars you will still enjoy this great day out.”

Mike Ashcroft, Aintree Circuit Club chairman, said: “The past two MotorFests have been a great success so make sure you put the date of this great event in your diary so you don’t miss out.” 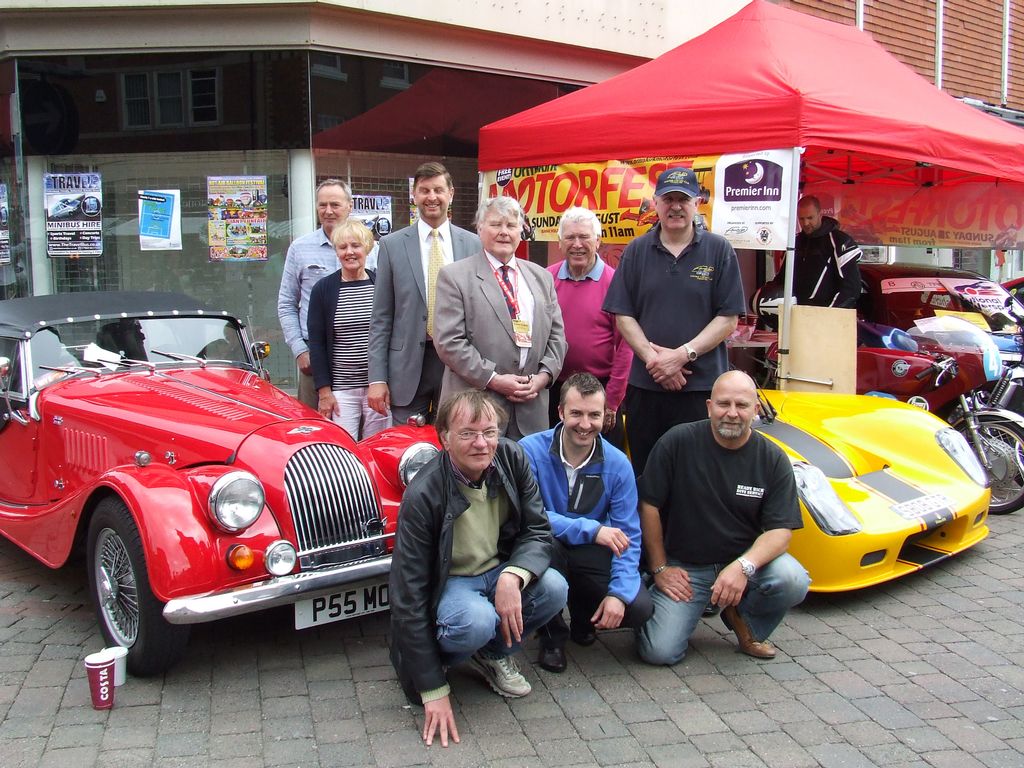